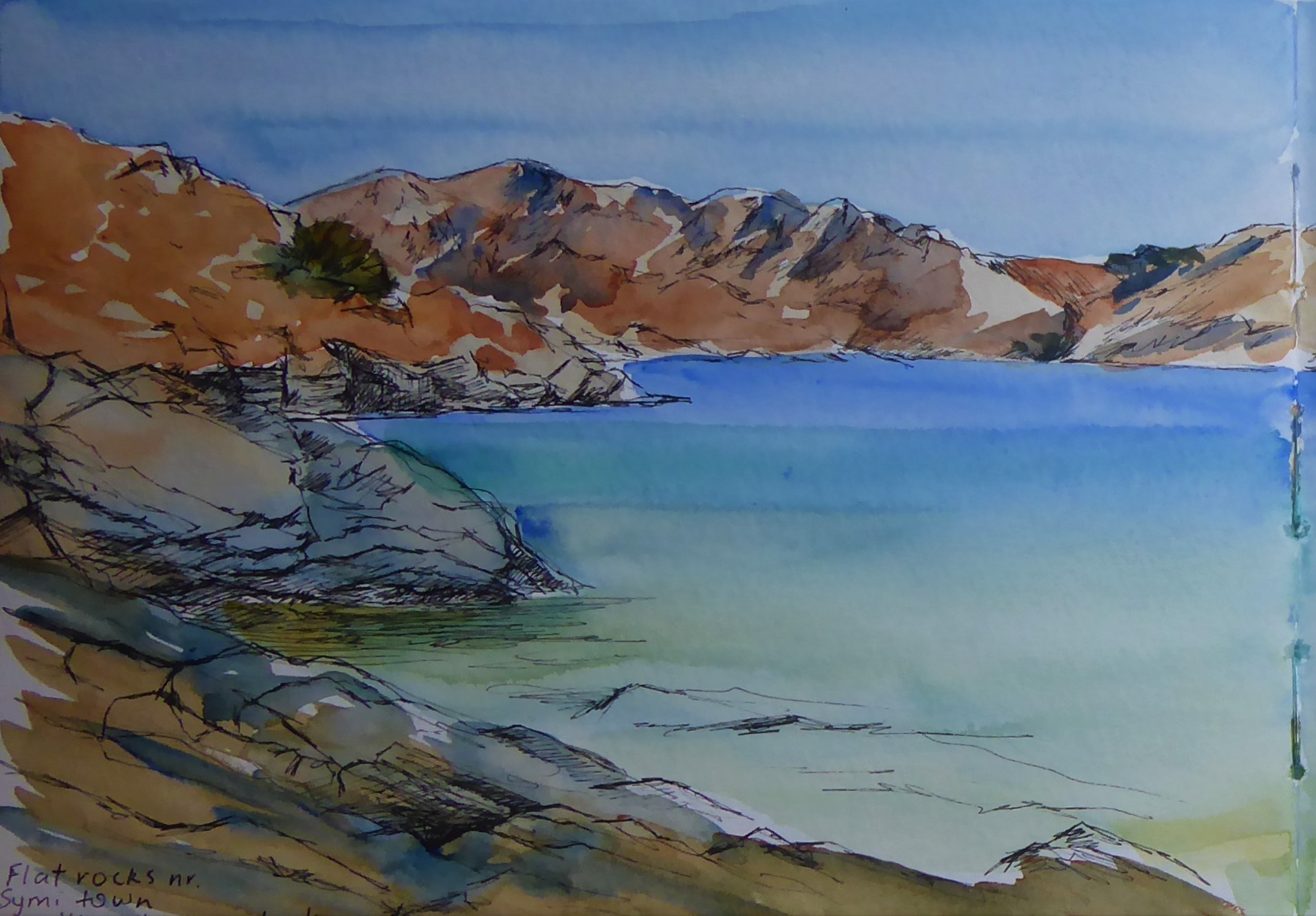 When is a holiday not a holiday? When it is work, I suppose, although it’s difficult to know where one ends and the other begins. All travel is good travel as far as I’m concerned, and I truly love what I do! I am so lucky to spend my time in some of the world’s most beautiful locations, showing them to other likeminded souls whilst doing two of the things I most enjoy doing: painting and teaching.

What my current lifestyle does mean, however, is that I don’t get as much time as I’d perhaps like to exploring new places, and the whole concept of a traditional, sea-and-sand, fully relaxing break which has nothing whatsoever to do with business is usually quite unimaginable for me. So when my cousin, approaching a significant birthday, started reminiscing, misty-eyed, about distant summers spent Greek island-hopping with nothing but a small backpack, and wistfully hinting she might like to revisit old haunts, my ears pricked up.

It was New Year’s eve, and we were in a Welsh pub. I don’t go far during the Scottish summer. I never take the time, nor have the money, for a ‘holiday’, unless it’s with a group of painters or is a scouting trip for one. But the wine was flowing and my cousin, who I see rarely and have spent much of my life not seeing at all, managed to convince me that she spoke fluent Greek, knew the islands like the back of her hand, and that she was paying.

As it turned out, the second statement was the only one carrying much weight. Thankfully, not much has changed on the tiniest islands during her nearly 60-year absence!

Proposed for September, the trip had been completely forgotten (on her side) until I reminded her in June. I wasn’t sure how to bring up the finer details, but it didn’t matter: We were going! I was going to have a week’s real holiday! In Europe! In the summer!

We had the most incredible time, flying out on her birthday. My cousin knew how to ask (in Greek) for wine, and thank the waiter kindly. She understood the ferry timetables and could find the best hidden beaches – still there, still hidden. She insisted I learn to love retsina, which I’d thought I hated. I really don’t. During our short week we visited Rhodes, Halki, Tilos and Symi, yet time still somehow slowed down. I fell in love with Greece all over again. I painted a little. I wanted to paint more.

Two years later I am wondering if a new Vistas destination is inevitable, although I think I’ll need to go back again just to check!

If any of you have a strong interest in a potential Sketching Holiday in Greece, please be sure to let me know. If enough people put their hands up, I’ll see to it…once travel to Greece is allowable once again.