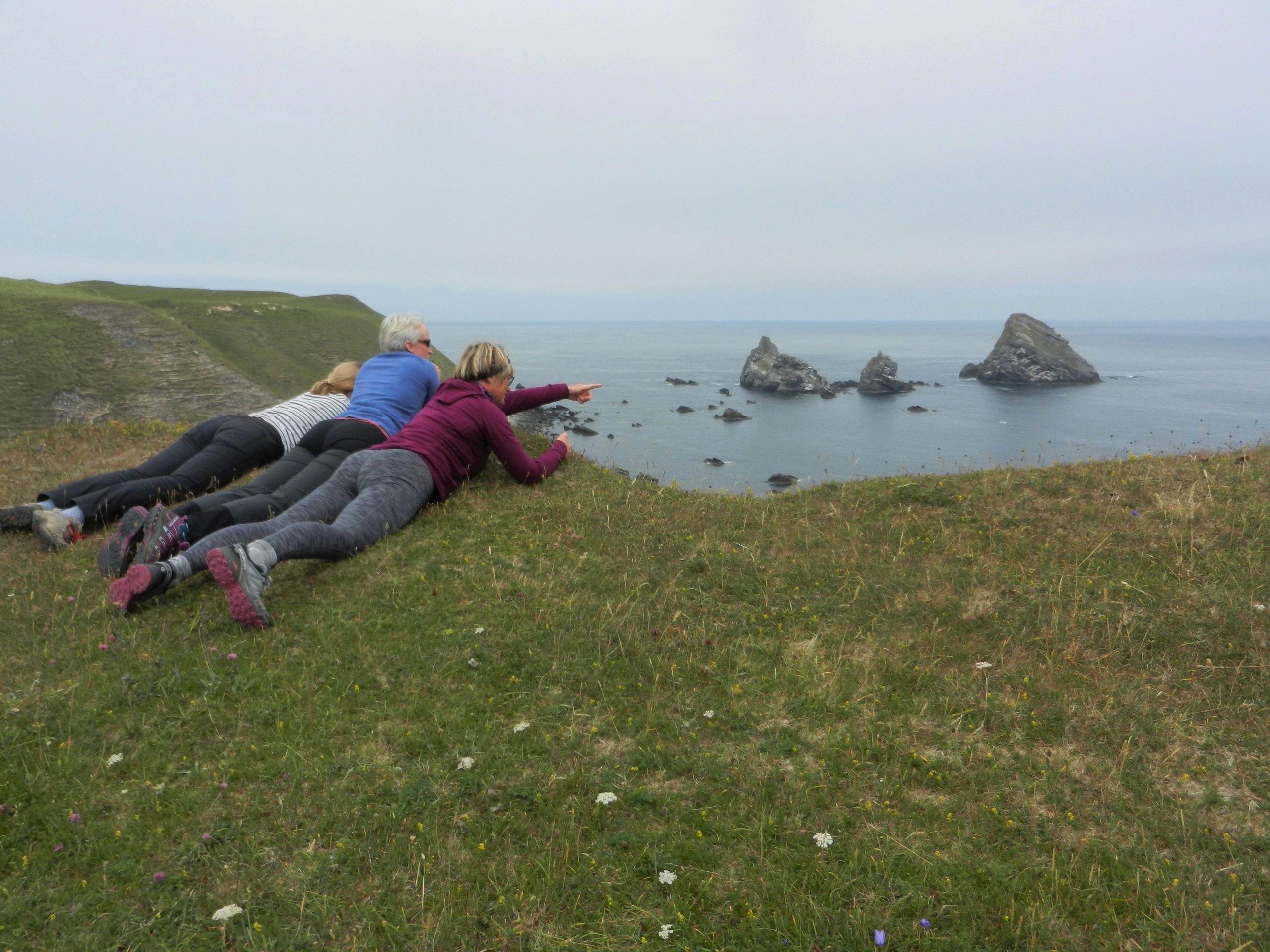 The disappointing drizzle which, although obscuring the mountaintops, had begun to fill the rather paltry waterfalls after a long, dry spell, began to clear as we pulled into the beach car park for our first glimpse of the long crescent of white sand. Watching the still-glowering sky, we decided to leave our packed lunches in the car and don waterproofs, though making sure we had our sketchbooks with us, before setting out along the powdery sands.

Balnakeil is always magical. Often windswept, frequently grey and damp; sometimes the water is Caribbean-turquoise and at low tide, swirling tidal patterns glisten on the damp sand. No matter what mood it’s in, it’s my favourite Northwest beach and I always look forward to my summer visits with sketching groups.

Although global weather patterns have been a little strange of late, we normally think of July as our ‘rainy season’ and any visitor must be prepared for some wet days, while hoping not to have a completely washed-out week! I took a risk running the ‘Windswept Wilderness’ itinerary at this time of year but as I was dying to get back to my favourite haunts again I accepted the special request, on the understanding we might need to revise the itinerary on any given day.
Balnakeil day dawned wet, and with very little visibility. It was not a day to be on the hill. We weren’t going to be deterred, though, as there was the promise of ‘the best’ hot chocolate from Cocoa Mountain, served with the hand-made deliciousness oozing down the sides and a taster dish of truffles on the side.

The long beach curves around the west side of the headland known as Faraid Head, which juts into the Atlantic just a few miles east of Cape Wrath. Rising in machair-covered dunes to steep cliffs; wild, bouldery beaches and jagged sea stacks punctuate the views which stretch as far as Orkney on a clear day.

The sloping cliffsides were alive with dainty, nodding harebells, trefoil, clover, yarrow and orchids as seabirds wheeled overhead. The sun was trying to break through the clouds and it was deemed ‘safe’ to take out the watercolours for the task of the day: ‘Colour & Line’. A very quick and loose way of working, this can be a revellation for many people and yields some surprising results, especially from anyone a little reluctant to ‘let go’. While the colour was drying (not taking too long in the breeze) we lay on our stomachs to inch closer to the cliff edge and watch the crashing waves below, and were mesmerised by large flocks of puffin flittering around the rocks and stacks. Although it’s not uncommon to spot puffins here they are not always so easy to see in flight or in such large groups and we were intrigued by their behaviour: it didn’t look as if they were hunting (and were very close to the cliff face) and it was pretty late in the season for nesting. We wondered if some last-minute young were on the point of fledging, the adults giving an impressive aerial display for them to mimic.

Unfortunately their movements were too quick for even the fastest sketcher to capture so after admiring them for some time we returned to the car to retrieve our lunches and found another idyllic spot on some rocks, and tried to paint the waves.

Although it had, by now, cleared up nicely, it’s never too sunny for hot chocolate, and the day was rounded off by a visit to the impressive Smoo Cave.

Balnakeil is just over an hour’s drive from Lochinver (our base for this trip), but all agreed it’s worth the extra mileage. One suggested the chocolate was the best part of all, but I didn’t believe her.